Does your child pick their nose? Scratch their skin? Chew their hair or clothing? Suck their thumb…?

The list goes on and on. There are many habits that children engage in that can be unhelpful, unhealthy or just get in the way of their day to day tasks. Parent’s often complain to us that nothing works and they just cannot get their child to stop it. That’s because no amount of yelling, cajoling, rewarding or bribing is going to make a difference unless you know the secrets to stopping a habit like those we have discussed.

It is impossible to just stop a bad habit. It take’s hard work, time and effort. But with the right tools change can occur.

A habit is simply a behaviour we perform over and over again. Most often habits are just that, habits. But sometimes they can be a symptom of a much deeper problem. For the majority of kids habits are just a behaviour that children do to keep themselves calm and relaxed, what we term regulated.

Most habits are calming for kids. They serve a purpose whether we realise it or not. If you can understand the purpose or the function that the habit serves for your child you will be well on your way to changing it. If you understand the function, you can put something else in place that serves a similar function for them.

The first thing to understand is that changing habits isn’t actually about stopping them. Instead you need to think of a habit like links in a chain. If you understand the links you can do things to unlock them.

To unlink the chain children need to have some 5 keys. These 5 keys are outlined below:

Do something that gets in the way of performing the habit. For example wear gloves to stop sucking your thumb.

Most habits involve our hands in some form. So keeping them busy can really help. For example give your child some fiddle toys to play with at times they are likely to habit.

Give the body new or different sensations to wake it up

Habits often involve tension. Ensure that children have a way to relax and relieve stress that does not involve their habits

Once these 5 key are in place it is important to undertake lots of practice  Be sure to chart your child’s progress as often progress can be slow but steady and if you’re not watching carefully you may give up too soon.

Children will most likely work best for rewards so be sure to build these in also to give them so motivation for change.

Sometimes habits are more entrenched or as we said previously may be a symptom of a bigger problem such as a tic disorder, obsessive compulsive disorder or autism. If you have attempted the steps in this blog and nothing has changed, we strongly suggest that you seek the help of a psychologist.

We hope these tips will give your children some tools to change the habits in their lives.

We would like to acknowledge the book What to do when habits take hold by Dawn Huebner for the Keys concept presented here. 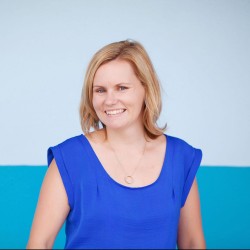 Dr. Kellie Cassidy is an experienced Clinical Psychologist who works with children, adolescents and adults on a wide range of presenting problems. Kellie strives to assist her clients to improve their wellbeing and reach their goals through evidence based and clinically proven therapies.